Skip to the content
Home > Insurance Blog > Can You Guess When Most Distracted Driving Crashes Occur?

Can You Guess When Most Distracted Driving Crashes Occur?

Daydreaming while driving is more dangerous than you’d think – and our new review of police data shows just when drivers might be “lost in thought” enough to cause a fatal crash.

According to a new review of Fatality Analysis Reporting System (FARS) data, Saturdays in September are the biggest days for fatal car crashes involving daydreaming while driving, and Tuesdays in February are lowest.

The new review builds upon Erie Insurance’s previous analysis, which found that being “generally distracted” or “lost in thought” – otherwise known as daydreaming – is the number-one distraction noted in fatal crashes.

Related: See the 2018 data on the top 10 distractions involved in fatal crashes

The FARS data includes information from police reports on the causes of fatal car crashes. Erie Insurance consulted with the Insurance Institute for Highway Safety to analyze the data, which is maintained by the National Highway Traffic Safety Administration (NHTSA).

“We released this data to raise awareness of the ongoing need to combat distracted driving in all its forms, whether it’s texting while driving, or simply letting your mind wander behind the wheel,” said Jon Bloom, vice president of personal auto, Erie Insurance. “No matter what day of the week or what month it is, we urge all drivers at all times to keep their eyes on the road, their hands on the wheel, and their attention on what they are doing.”

The most recent review of FARS data by Erie Insurance resulted in a ranked list of more than 84 combinations (with some ties) of days and months associated with daydreaming while driving. Below are the top and bottom five from 2013 through 2017.

The FARS data is based largely on police officers’ judgment at the time of a crash, and interviews with those involved.

VIDEO: How To Stay Alert While Driving, Explained by a Cognitive Behavioral Scientist

“It’s not clear why people would be more likely to daydream while driving on certain days or in certain months over others,” Bloom says. “Regardless, we think the data is worth sharing if it gets people talking about the serious problem of distracted driving and how to avoid it.”

April is Distracted Driving Awareness Month, but staying alert on the road is a cause to get behind all year long. Learn more about auto insurance from ERIE to stay protected no matter what you encounter on the road ahead.

Haven’t heard of us? Erie Insurance started with humble beginnings in 1925 with a mission to emphasize customer service above all else. Though we’ve grown to reach the Fortune 500 list, we still haven’t lost the human touch.

Contact E.L. Webster Insurance Agency today to experience the ERIE difference for yourself. 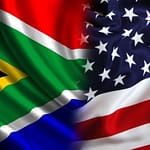 Thank you for your support and advice over these past few years.Kiran B., Waldorf, MD
CW
Highly satisfied and I recommend Service 1st Insurance!Cheryl W., Waldorf, MD 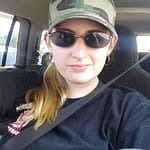 She has always given me the best rate I could find.Shelby W., Maryland 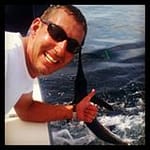 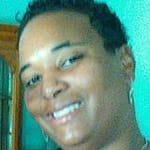